We supported Auckland Transport’s progress to embrace Te Ao Māori values and cultural design in their brand identity and a commitment to honour Te Tiriti o Waitangi, for a connected and thriving Tāmaki Makaurau. 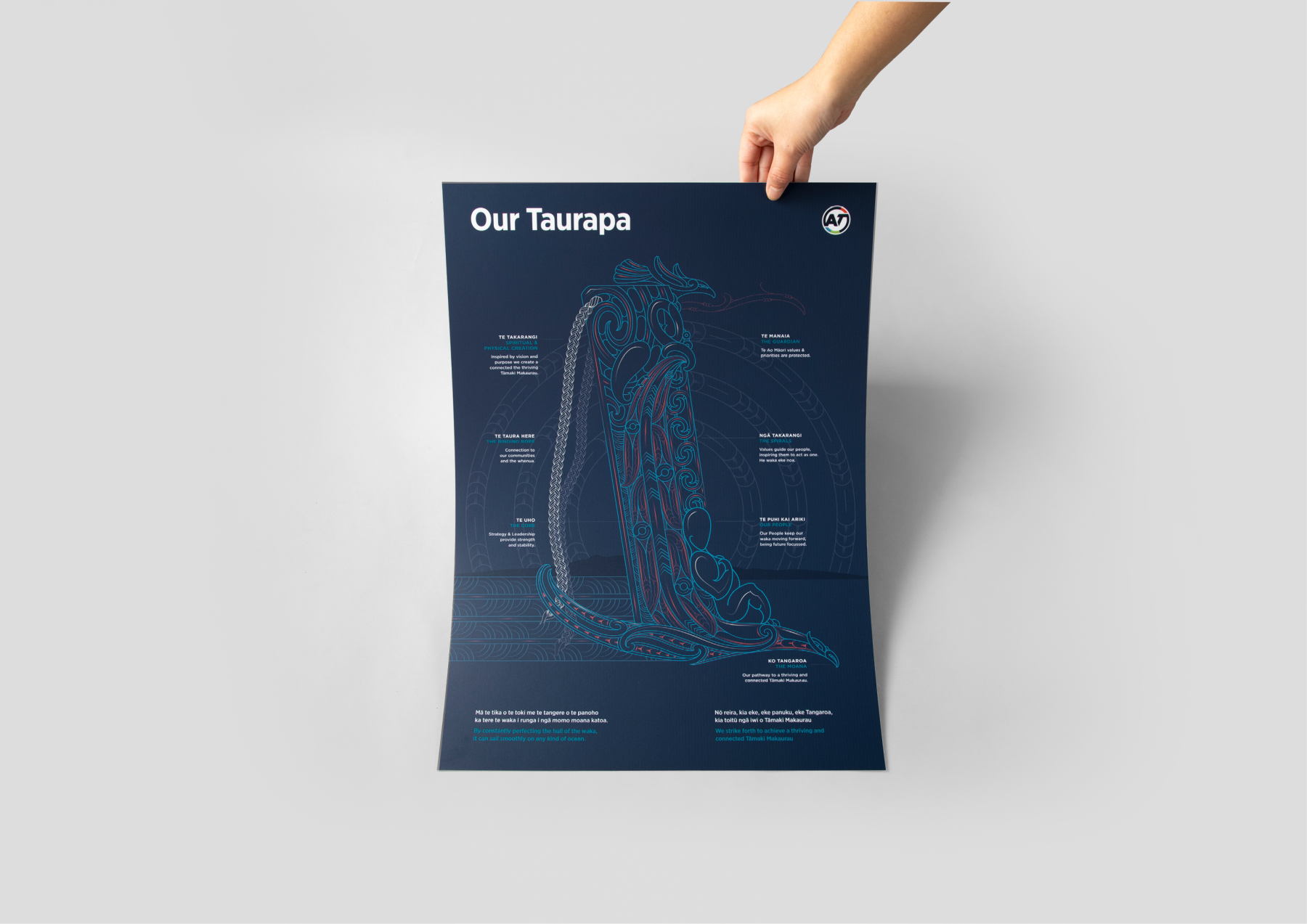 In 2019 Ira was invited under the leadership of Tipa Compain, the Māori Relationships & Policy Manager, to develop a set of principles that define Auckland Transport’s commitment to Te Tiriti o Waitangi and how Māori values can guide the strategy and direction of Auckland Transport.

We commenced by understanding the 19 Iwi of Tāmaki Makaurau, who each have their unique expression of tino rangatiratanga self determination. The voice of our Māori community identified several principles that define balanced partnership between Tangata Tiriti and Tangata Whenua.

We took guidance from the Auckland Plan, which defines how Council organisations can fulfil Te Tiriti to achieve “Te Puāwai o Te Tāngata” or self sustaining communities. Our unique Public Brand Model creates a balanced set of principles for Tangata Whenua expectations on public entities and the role of good governance to deliver outcomes for communities. This work led to the first ever set of Māori principles adopted by Auckland Transport as brand values.

Relationships start with listening, engaging and understanding each other. We collaborate freely, share knowledge and are always learning how to partner with our communities.

We care for each other, our communities and partners. We do what we say we will do and always with good intent. We build reciprocal relationships to create shared experiences and belong to a wider community.

What Māori want most is to work with innovative partners, who have the vision to embrace te ao Māori priorities and perspectives.

We create safe environments for diversity to flourish, where people are protected from harm and create safe and sustainable futures for our tamariki and mokopuna. 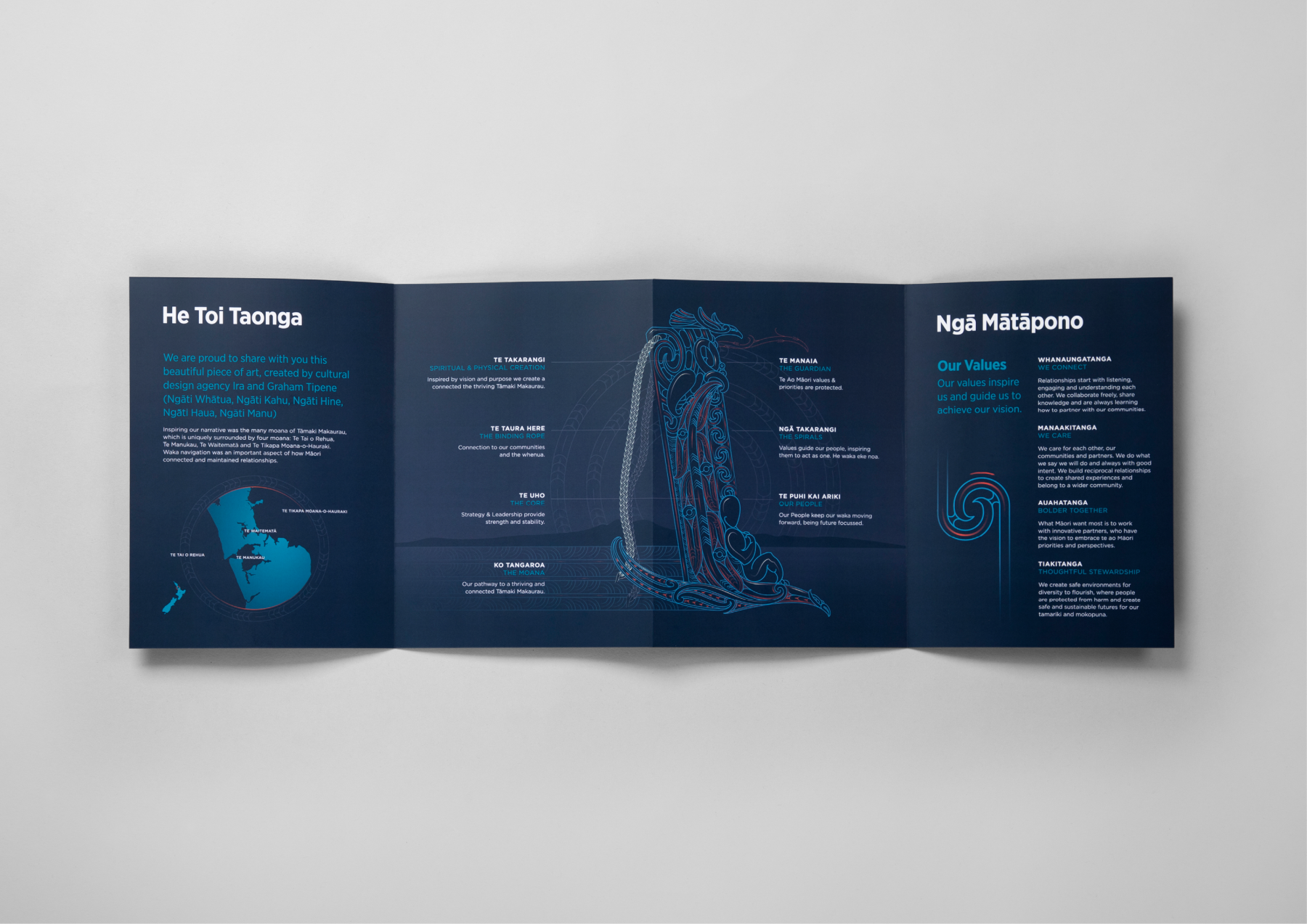 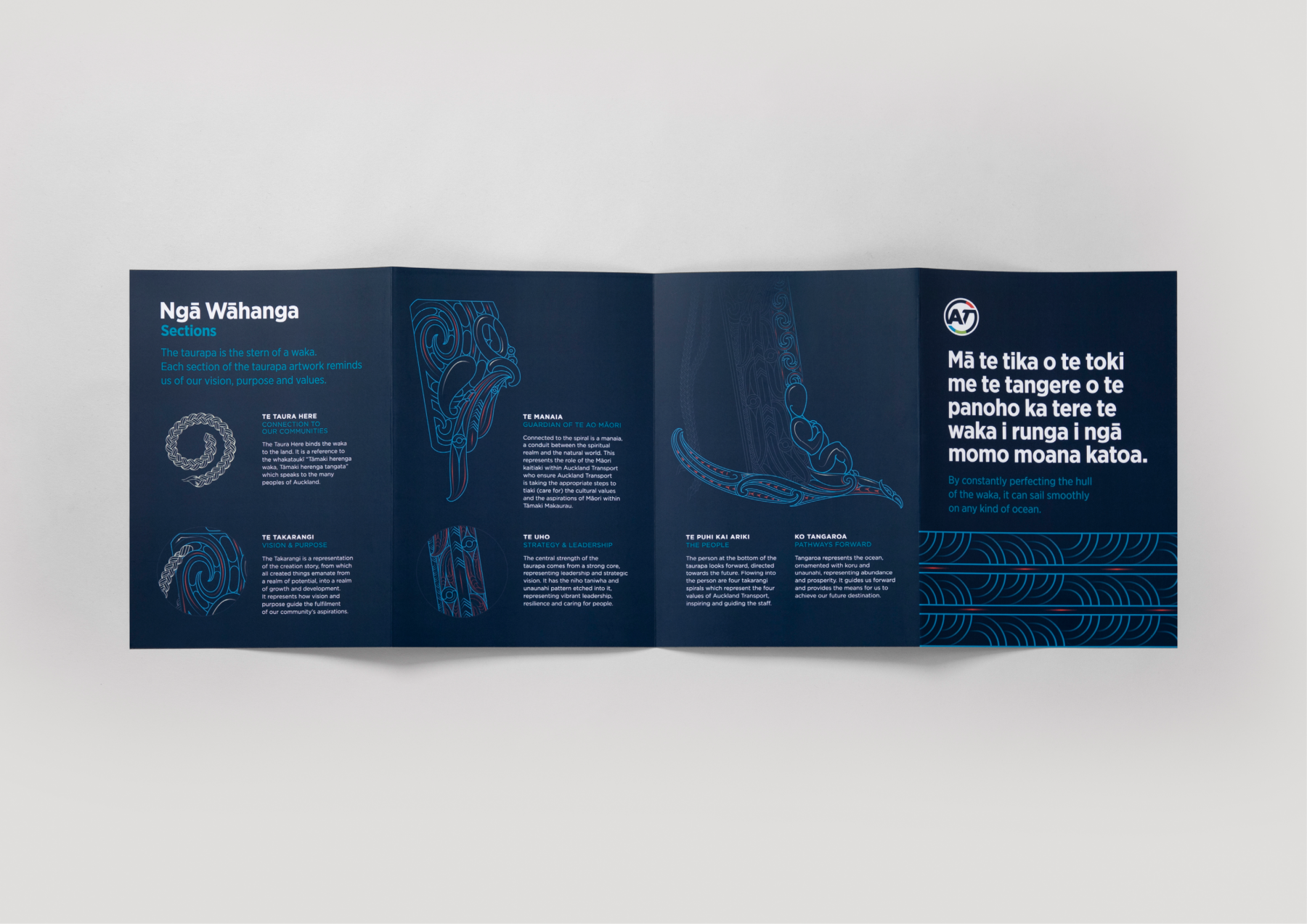 Inspiring our narrative was the many moana of Tāmaki Makaurau, which is uniquely surrounded by four moana: Te Tai o Rehua, Te Manukau, Te Waitematā and Te Tikapa Moana-o-Hauraki. Waka navigation was an important aspect of how Māori connected and maintained relationships. The taurapa, or stern of the waka became our inspiration.

Each element of the taurapa artwork was carefully crafted with Graham Tipene (Ngāti Whātua, Ngāti Kahu, Ngāti Hine, Ngāti Haua, Ngāti Manu) and is able to be separated into distinct elements for use within the visual system. 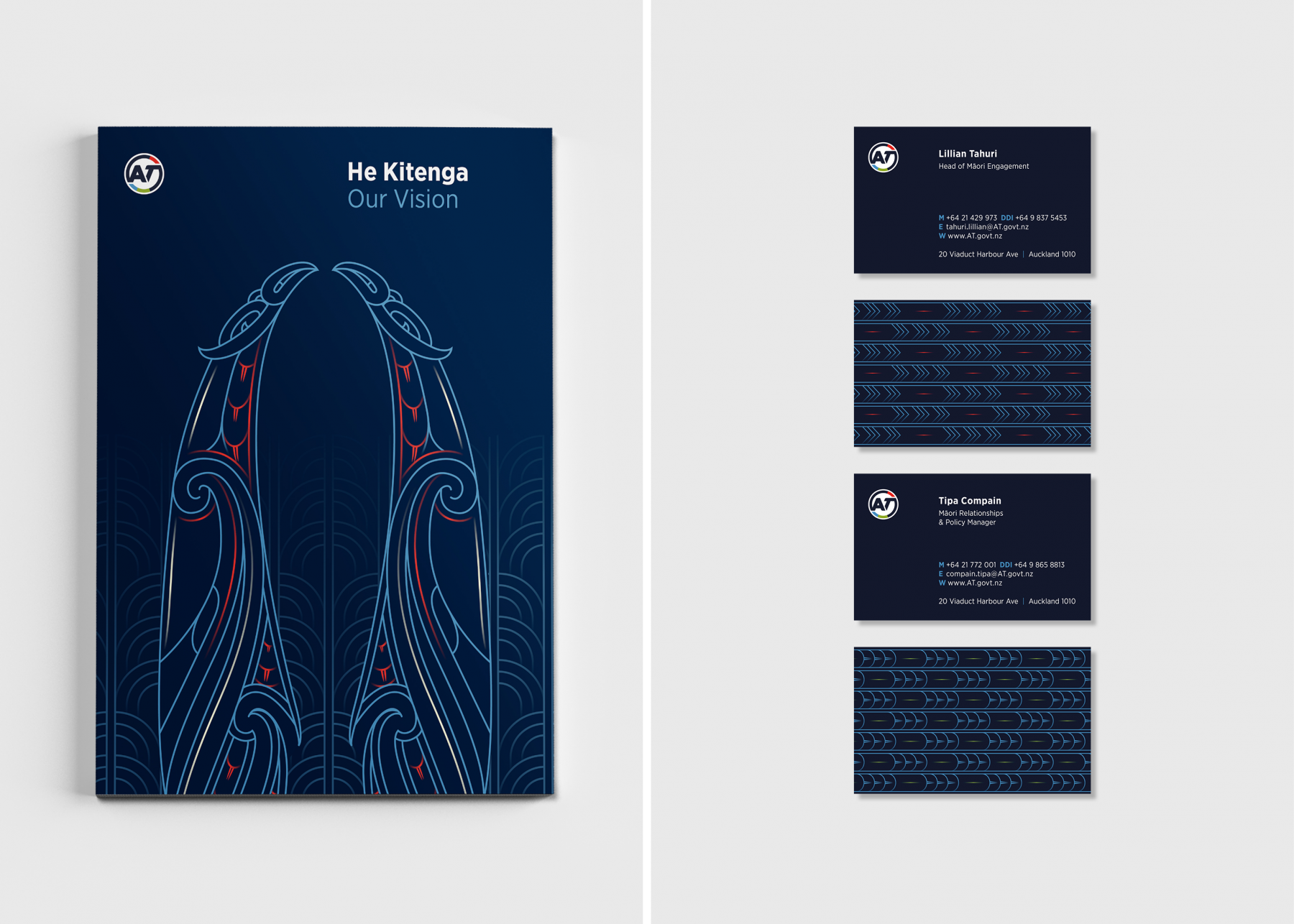 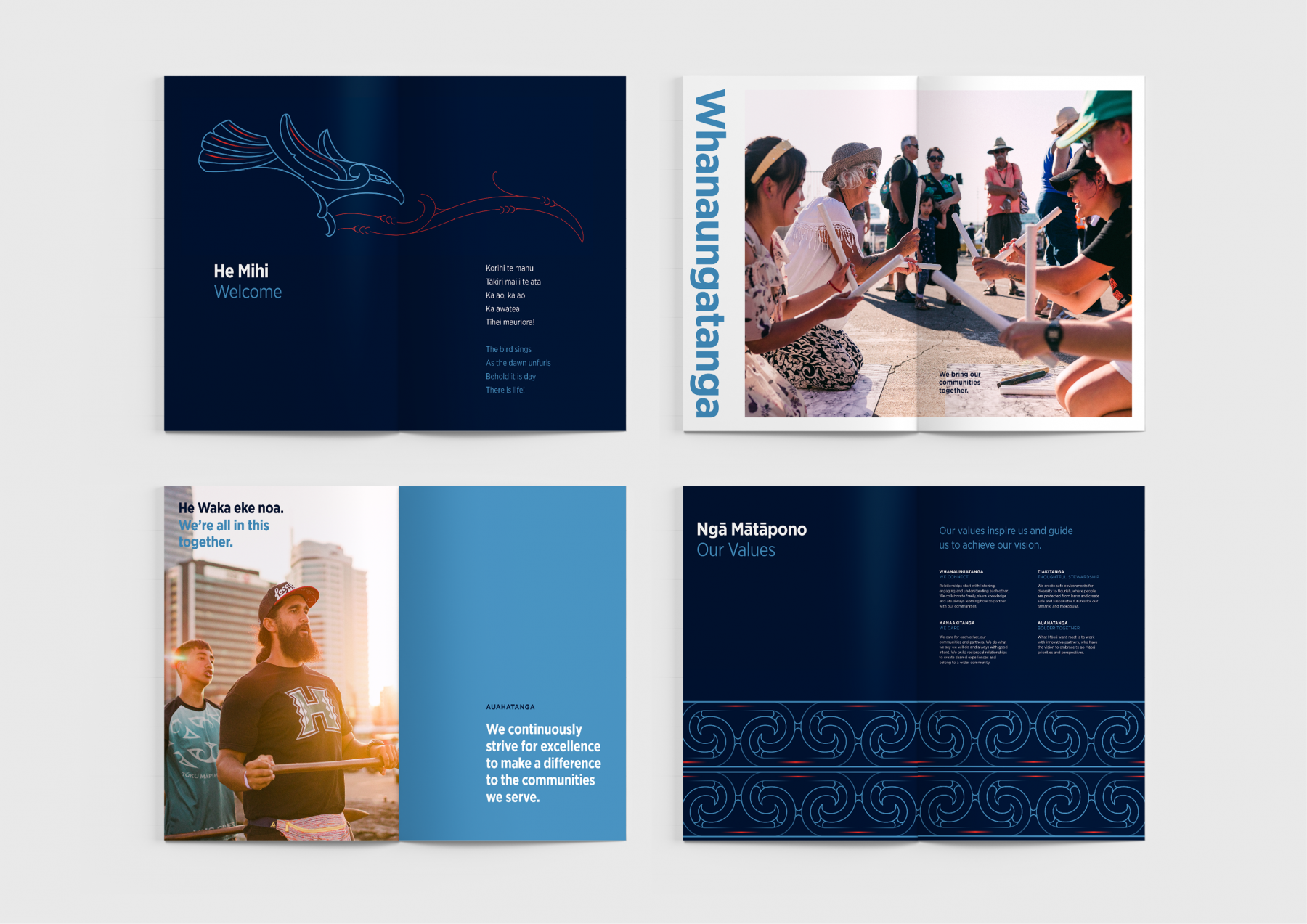 The taurapa has been designed to enable the individual elements to be deconstructed and used flexibly across the entire brand system.

A consistent use of cultural design graphics celebrates a uniquely Tāmaki Makaurau narrative, for a shared identity grounded in Te Ao Māori. 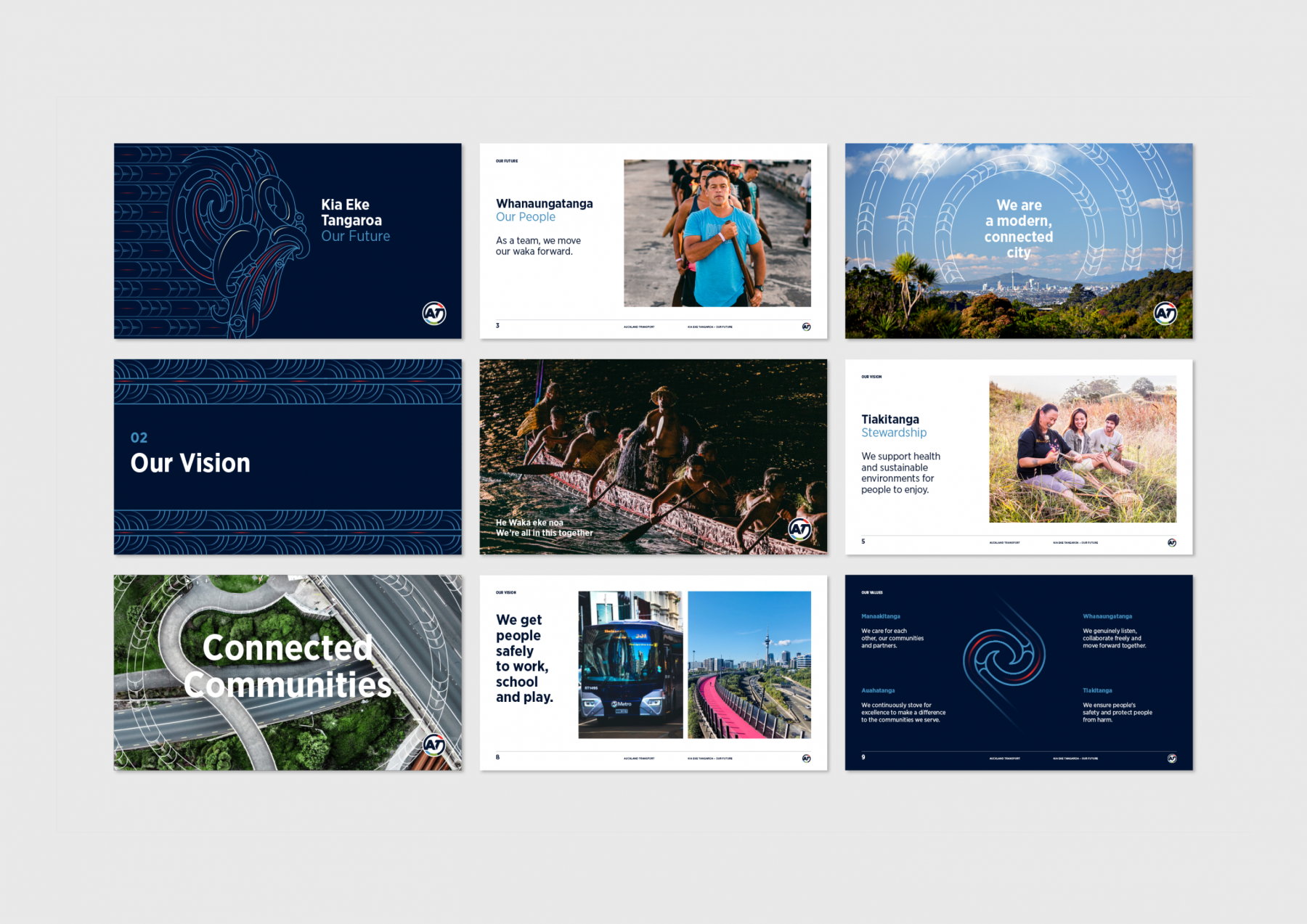 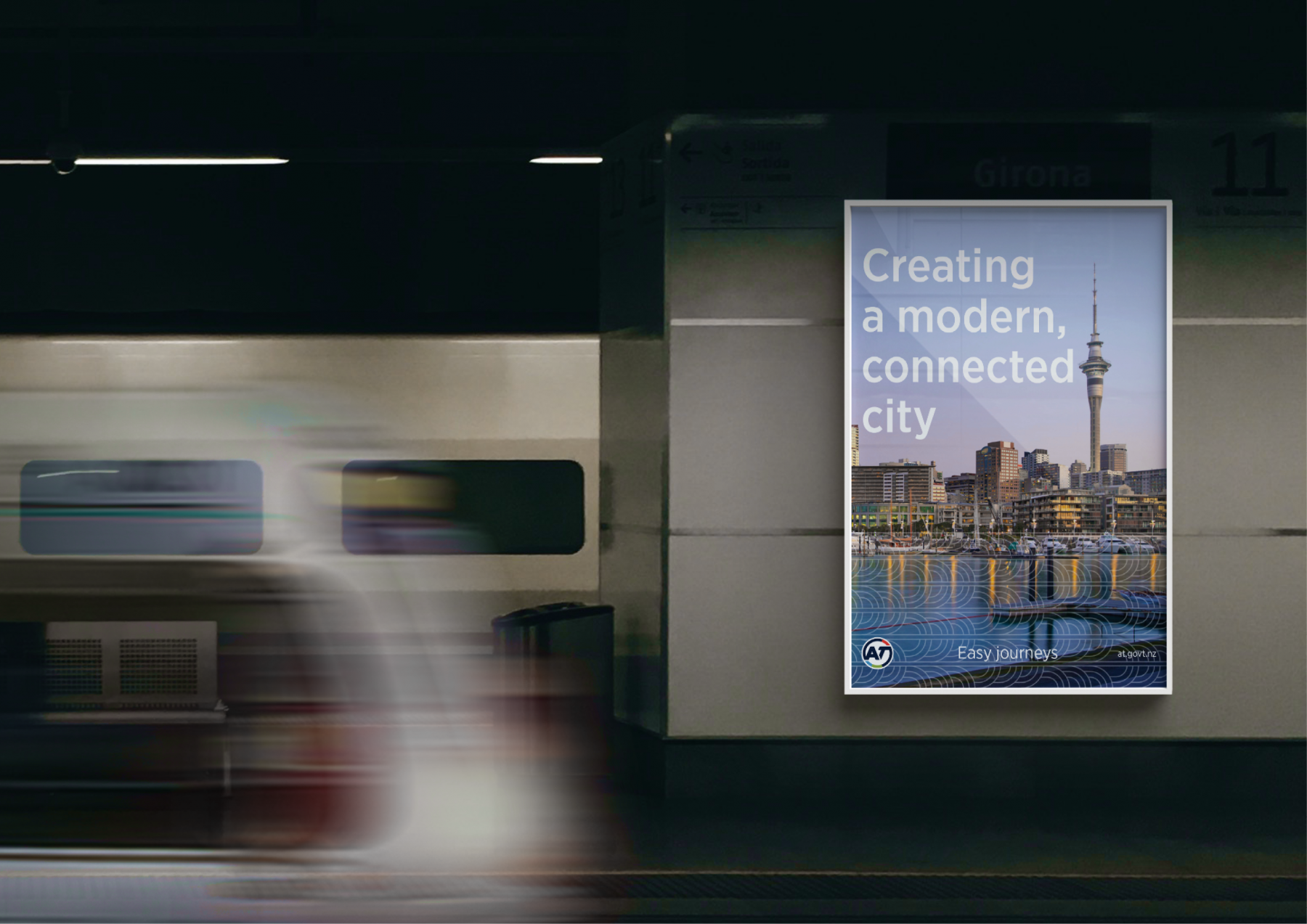